This week was really successful for Krita, we got four feature branches merged into master! Two of them will be quite interesting for game-designers and painters working with 3D models.

In this new mode (which can be activated by pressing 'W' shortcut) the sides of the image get connected to each other and the image becomes infinitely-cycled. The picture becomes repeated on a screen (openGL mode only) as if it is a texture being wrapped around some surface. The painting with a brush also becomes cycled: just move your stroke and it'll appear on the other side of the image!

For the lovers of psychedelic effects we also added wraparound support to the Move Tool. Just activate it and enjoy dragging the borders of the image to and fro. 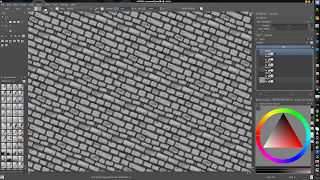 This feature (which can be found in Layer menu) allows the user to create a set of clones (tiles) which are linked to the current layer and are offset to some specific position. This feature will be useful for texture painters and online games creators where the world consists of a repeated set of 2D tiles. 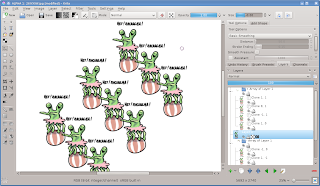 And as usual, if you find any bug of have any comment, do not hesitate to tell us about it! :)